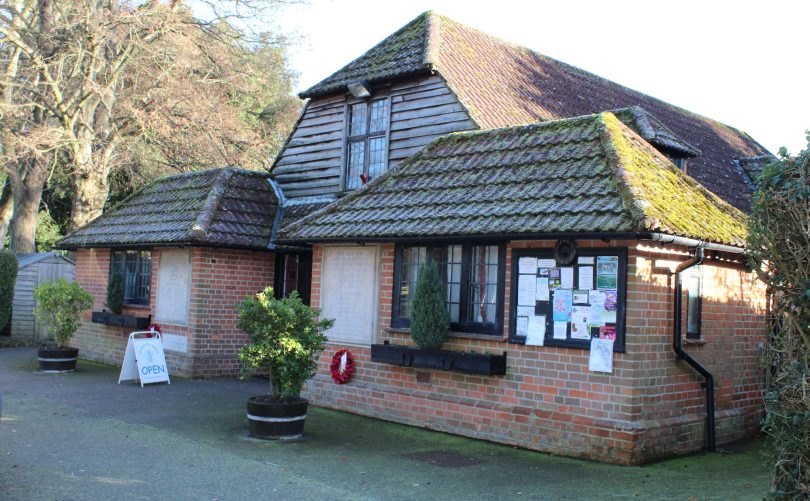 The Village Hall and meeting room are available for hire throughout the year.

The current rates for hiring the hall are as follows:

To hire the hall, contact the booking officer Bob Brown on 07769 837455 and leave a message or email us on info@chawtonvillagehall.co.uk

The Hall was built in 1923 on land given to the village by Edward Knight of Chawton House. It is a charity and is managed and maintained by a management committee of five.

The hall has a licenced capacity for 80 persons. It does not hold a drinks licence. However a Temporary Events Notice (TEN) for a drinks licence can be obtained by the hirer from East Hampshire District Council in Petersfield. The hall holds current Performing Rights Society (PRS) and Phonographic Performance (PPL) licences.

The Hall has a stage with curtains, central heating, a fully equipped kitchen (hob, oven, fridge, china, cutlery, etc.) and a room off the main hall which can be used as a bar.

The hall has a car park which holds approximately 15 vehicles and on street parking is available. The car park is available for public parking at weekends when there is no regular hire and  during the school holidays.

Regular Saturday and Sunday hirers when the hall is not available for hire are:

Weekday regular hirers of the Hall are:

Children’s Holiday Club on various days during the School Holidays.

The Hall is available for adult and children’s parties on Friday evenings, Saturdays and Sundays.

The Hall is also the venue for Parliamentary and Local elections during the year.