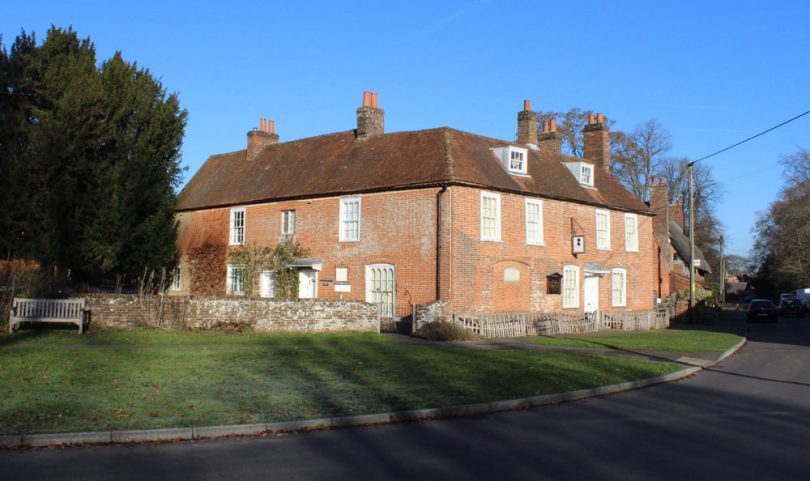 About Jane Austen’s House Museum
Jane Austen’s House Museum is an independent museum dedicated to the life and work of Jane Austen, one of the most popular and important novelists that England has ever produced. It is of international importance as the place where she spent the last eight years of her life and did the majority of her mature writing, completing Mansfield Park (pub. 1814), Emma (pub. 1816) and Persuasion (pub. 1818), and revising Sense and Sensibility (pub.1811), Pride and Prejudice (pub. 1813) and Northanger Abbey (pub. 1818). At the same time, the house retains the charm of a village home.
www.jane-austens-house-museum.org.uk

2017 marked the bicentenary of one of England’s greatest novelists, Jane Austen. There was events to mark this throughout Hampshire, and especially in Jane Austen’s House Museum in Chawton, her home for the last eight years of her life and the place where she wrote or revised all her novels.

‘41 Objects’
Our ‘41 Objects’ exhibition will be an innovative interaction between the physical and the digital. Jane Austen’s House Museum has an unparalleled collection of Austen-related objects, manuscript letters and printed books. In ‘41 Objects’ we will tell the story of Jane Austen’s life, writings, family and legacy. Starting in March 2017, a different object will be displayed in the Museum and online each week, accompanied by thoughts about the object by a range of guest authors. 41 was chosen as an appropriate number marking Jane Austen’s age when she died. The final object will be displayed on the anniversary of her birthday (16 December). The exhibition’s digital platform will enable those in other countries to enjoy and share the wealth of the Museum’s collections, even if they are not able to travel in person to Chawton.

Re-interpretation of Jane Austen’s home
Visitors arriving at Jane Austen’s House Museum in March 2017 will be the first to view two stunning wallpapers recreated from fragments of Regency papers found in out-of-the-way corners of the house. This is an important first step towards recreating the interior as it was in Austen’s day. A new archaeological approach to the site informs another exciting project rolling out in 2017. With funding from the Heritage Lottery Fund, ‘Jane Austen at 200: Her Chawton Legacy’ will build a programme of research and activities around the Museum and its artefacts: a family-sewn patchwork coverlet, finds from the garden, and the fabric of the building itself will all contribute to a new understanding of Jane Austen’s life in a rural village in early nineteenth century Hampshire.

‘Jane’s Fund’
In 2017  Jane Austen’s House Museum launched ‘Jane’s Fund’, an appeal to restore and protect our Grade 1 listed buildings, the site of international cultural importance that welcomes more than 35,000 visitors every year. Recent surveys have shown that vital building repairs are required to ensure that the fabric of the house does not deteriorate further. Exterior and interior work will secure the house now and protect it for future generations. Further work will refurbish each of the House’s rooms to bring visitors closer to Austen’s life and works than ever before. Our aim is to raise £250,000 towards the first phase of exterior and interior building repairs, restoration and refurbishment of the House. £41,000 has already been secured through the generous bequest of one individual benefactor who wanted to make a lasting gift to support the Museum.

24 May
This is the day on which Jane Austen left Chawton to spend the last six weeks of her life near her doctor in Winchester. This important day will be marked with an Open Day at Jane Austen’s House Museum. In 1917 a plaque was placed on the House to mark the centenary of Jane Austen’s death. The plaque has been restored and conserved and will be unveiled again. However, we will not just be harking to the past – there will be new memories to be made, with exciting new 21st century commemorations.

About the Heritage Lottery Fund
From the archaeology under our feet to the historic parks and buildings we love, from precious memories and collections to rare wildlife, we use National Lottery players’ money to help people across the UK explore, enjoy and protect the heritage they care about.
www.hlf.org.uk

Press Visits
The Museum will be open to the public daily from 3 March from 10:30-16:30. Please contact the team to enquire about previews and filming opportunities outside these hours.

For further information about events in Hampshire go to: www.janeausten200.co.uk